By Shreyashi Sanyal and Amruta Khandekar

«We had a nice rally last week, so I think we’re seeing a little bit of profit taking this morning,» said Dennis Dick, a proprietary trader at Bright Trading LLC in Las Vegas.

«The stocks that were up the most last week are the ones getting hit the hardest here today.»

The tech-heavy Nasdaq Composite index, viptoto which gained 7.5% last week, fell 0.3%, the only decliner among the three major indexes.

Investors were betting on the retreat in oil prices from the three-month highs hit in June to potentially ease inflationary pressures and likely push the U.S.Federal Reserve to moderate its aggressive policy tightening.

Data on Monday showed new orders for U.S.-made capital goods and shipments increased solidly in May, pointing to sustained strength in business spending on equipment in the second quarter.

Oil prices also moved back into positive territory, pushing up the S&P 500 energy index by 2.5%, reining in expectations for inflation falling on the back of lower energy prices.

The U.S.central bank has rapidly raised interest rates to tame 40-year-high inflation, stoking fears its actions could tip the world’s largest economy into a recession.

The benchmark S&P 500 index earlier this month recorded a 20% drop from its January closing peak to confirm a bear market.

For the quarter, the S&P 500 and the Dow Jones Industrial Average were headed for second straight quarterly declines for the first time since the second and third quarter of 2015.

«We think they have hit a bottom for the quarter,» said Jay Hatfield, chief investment officer at Infrastructure Capital Management in New York.

«June is normally a weak month because what happens is there are very few earnings reports. So we think we have hit the lows through June.»

Goldman Sachs, however, cut its rating on Coinbase Global Inc to «sell» from «buy,» sending shares of the cryptocurrency exchange lower by 8.7%. 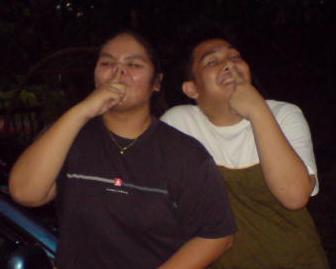 The S&P index recorded one new 52-week high and 29 new lows, while the Nasdaq recorded 21 new highs and 59 new lows.(Reporting by Shreyashi Sanyal and Amruta Khandekar in Bengaluru; Editing by Vinay Dwivedi and Shounak Dasgupta)